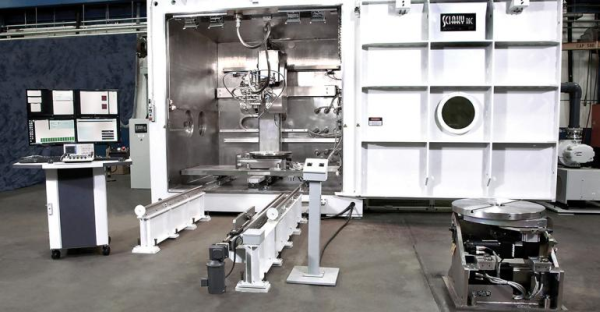 Aubert & Duval, the French producers of open- and closed-die forgings, as well as powdered metal and HIP components for aerospace, energy, defense, and tooling customers, has entered into a research and development initiative with Sciaky Inc. and Airbus, the goal of which is to couple high-power closed-die forging with wire-fed 3D printing, as a route to manufacturing titanium-alloy aircraft parts.

No details on the types of aircraft parts has been indicated, and the schedule for the research program has not been reported.

Sciaky is a Chicago-based developer of the Electron Beam Additive Manufacturing (EBAM®) for producing metal parts. It calls EBAM "the most widely scalable metal additive manufacturing solution in the industry," referring to the work envelope for producing large-dimension components: EBAM systems can produce parts ranging from 8 in. (203 mm) to 19 feet (5.79 meters) long.

The system also is notable for its production speed: EBAM has gross deposition rates up to 25 lbs. (11.34 kg) of metal per hour.

In regard to process control, the EBAM system’s IRISS® (Interlayer Real-time Imaging and Sensing System) is an adaptive control system that can sense and digitally adjust metal deposition in real time with precision and repeatability. "This innovative closed-loop control is the primary reason that Sciaky’s EBAM 3D printing process delivers consistent part geometry, mechanical properties, microstructure, and metal chemistry, from the first part to the last," according to an announcement.

The research will be conducted by the Saint Exupéry Institute for Research in Technology (IRT). The Production Engineering laboratory of the National School of Engineering in Tarbes, France, will serve as an academic partner

The Metallic Advanced Materials for Aeronautics (MAMA) project has a first-phase budget of € 4.2 million (est. $4.8 million) of which 50% is supported by the French government as part of its “Investing in the Future” program (PIA - Programme Investissement d’Avenir); the other 50% being funded by the industrial partners.

“Sciaky is proud to work with the Saint Exupéry IRT, Aubert & Duval and Airbus on this exciting project,” stated president and CEO Scott Phillips. “Industrial metal additive manufacturing technology continues to break new ground every day, and Sciaky is committed to keeping EBAM at the forefront of this movement.” 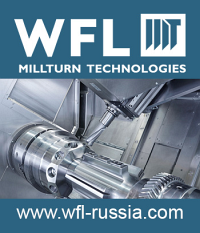