The Motoman MH24 arc welding robot has been installed to increase productivity and to minimise wear. This is the second system that Yaskawa Southern Africa has supplied to Brink Towing Systems.

“Thanks to its high-precision tracking and integrated supply lines welding time of our towbars has reduced, increasing the hourly output, as well as improving the efficiency of loading the jig with pre-cut and pre-bent components, and unloading the finished products,” said Mark Gutridge, Managing Director of Brink Towing Systems.

“Its sophisticated circuitry allows it to be pre-programmed to carry out complex welding sequences with remarkable accuracy.” 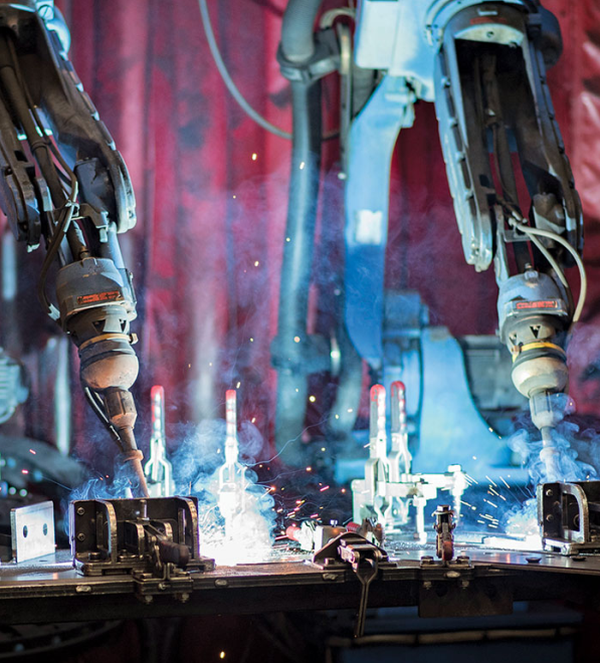 “The installation of this twin-robot, twin-station cell has helped us to keep pace with increasing demand, and has improved productivity too. This latest capital expenditure is part of our ongoing commitment to being South Africa’s foremost manufacturer of premium-quality towbars and a supplier of towbars and related products to the country’s OEMs.”

Brink Towing Systems recently produced its 350 000th tow bar at its plant in KwaZulu-Natal. The Pietermaritzburg plant produces tow bars for a number of vehicle manufacturers, or original equipment manufacturers (OEMs), as well as the aftermarket, with a number of accessories also available.

Brink Towing Systems exports directly to the UK. They also export indirectly though Ford, as their towbars are fitted as standard to most of the vehicles exported to Europe. 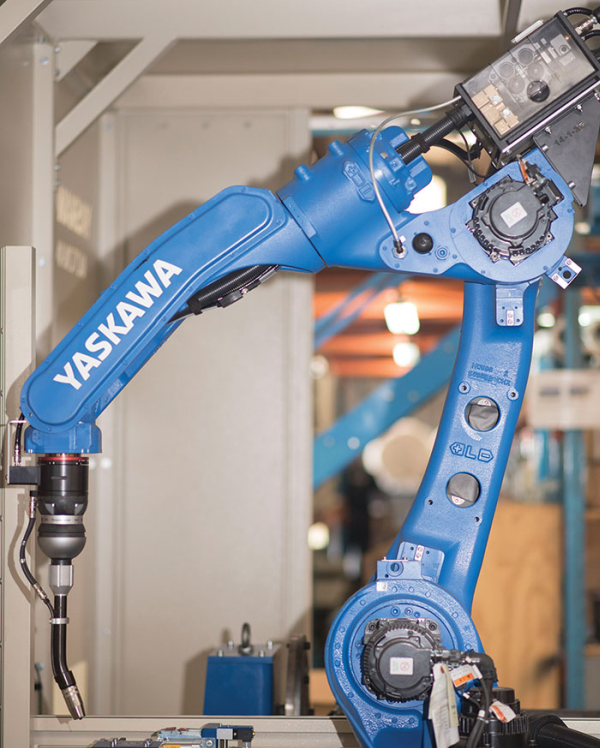 The 350 000th tow bar was for a Ranger pickup. The majority of Rangers exported around the world from South Africa are fitted with a Brink towbar. Each Ranger towbar weighs 40kg and includes about four metres of MIG welding, every centimetre of it completed robotically for maximum quality and consistency.

Once completed, a tow bar is zinc coated, e-coated and then powder-coated for long-term protection against the elements. More than 305 000 Ranger tow bars have been produced at the facility, 10 500 tons of steel being consumed in the process.

The company reached record volumes in April, with more than 6 000 towbars for the Ford Ranger delivered and a further 1 500 units made for the Toyota Fortuner. The company, which celebrated its 10th anniversary in June, is on track to produce 100 000 units this year.

“All locally manufactured tow bars have 100% local content, but we import a few of the lower volume products from our head office,” says Gutridge. 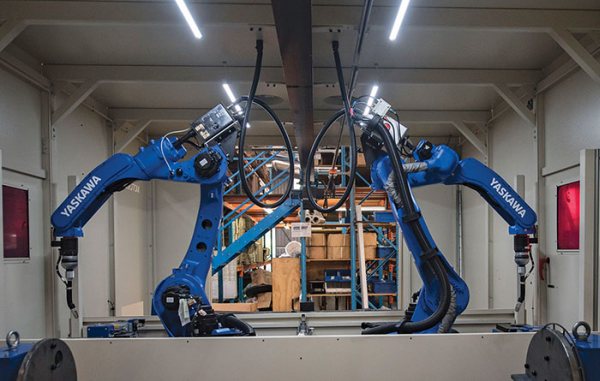 “Thanks to its high-precision tracking and integrated supply lines welding time of our towbars has reduced, increasing the hourly output, as well as improving the efficiency of loading the jig with pre-cut and pre-bent components, and unloading the finished products,” said Mark Gutridge, Managing Director of Brink Towing Systems

“Our five-year plan is to increase our production output, diversify our product range and increase direct exports. Our core competence is welded and painted steel assemblies, so we would look at other products that compliment our competencies.”

“The types of steel we use have increased in price by 10.3% since July last year. With the OEMs’ constant focus on cost reduction, it has been incredibly difficult to remain competitive. We have done a lot of work on direct exports to the other facilities in the group, but we have found that our raw material costs have made us uncompetitive. Finding alternate steel suppliers is becoming a priority, including importing steel.” Brink Towing Systems SA currently purchases its steel from Macsteel, which sources it from local steel mill ArcelorMittal.

This increase in employment has, however, had an interesting knock-on effect, says Gutridge.

“This year we have employed a further seven people. This has, however, increased our broad-based black economic empowerment (BBBEE) spend requirement. A number of the BBBEE requirements relate to wage spend and, thus, the higher your company’s wage spend, the more you need to spend on BBBEE. This then means that the more people I employ, the higher my BBBEE spend needs to be, which has proven to be difficult.” 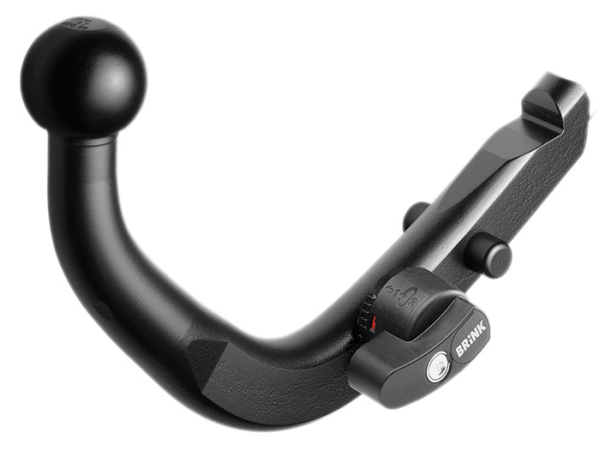 Brink Towing Systems produces more than 2 000 different types of tow bars and develops about 200 new tow bars annually. To date, more than 25 million vehicles (all types of vans and cars) have already been equipped with a Brink tow bar and/or cable set

Gutridge says Brink Towing Systems SA is currently compliant under the new BBEEE codes but, given that the company is part of a multinational, selling a percentage of the company to a black shareholder is impossible.

“Our other major challenge is procurement, as there are limited supply options for the raw materials we use, making it difficult for us to improve our score.”

Brink Towing Systems produces more than 2 000 different types of tow bars and develops about 200 new tow bars annually. To date, more than 25 million vehicles (all types of vans and cars) have already been equipped with a Brink tow bar and/or cable set.

About the Brink Group
The Brink Group is one of Europe’s largest companies in the field of development, production and sales of tow bars. The company’s head office is located in Staphorst in the Netherlands. The Brink Group has production and sales branches in the Netherlands, France, the UK, Denmark, Italy, Poland and South Africa. For decades, Brink has produced tow bars and cable sets that are both quick and easy to install as well as safe and simple to use.