Cefla Finishing releases UV-I, a curing oven that takes a huge step towards eliminating the need for photoinitiators in UV lacquers.

IMOLA, 31 July 2021. Inevitably this had to be the evolution many companies were hoping for, an oven which would reduce their dependency on photoinitiators, which have become either expensive or simply difficult to obtain. Although indirectly concerned, because the lacquer manufacturers are the ones who address this issue, ultimately the costs are sustained by companies performing roller coating and using UV lacquers. Today, UV-I, the solution introduced by Italy’s leading supplier of surface enhancement technologies, resolves this issue to a large extent.

An inert atmosphere to improve crosslinking

Considering oxygen is the natural barrier impeding the crosslinking process, the reason why photoinitiators are a vital ingredient of UV lacquers, one immediate solution would be to create an inert atmosphere in the curing oven. UV-I is that oven and it fits seamlessly into a roller coating process. It also leads to a series of benefits, other than enabling lacquer manufacturers to reduce the photoinitiators in the lacquer and consequently the costs. The lacquer is less harmful to theenvironment. The yellowing effect for which photoinitiators are responsible is reduced. Fewer UV lamps are needed to trigger crosslinking, thereby saving on energy-related costs. 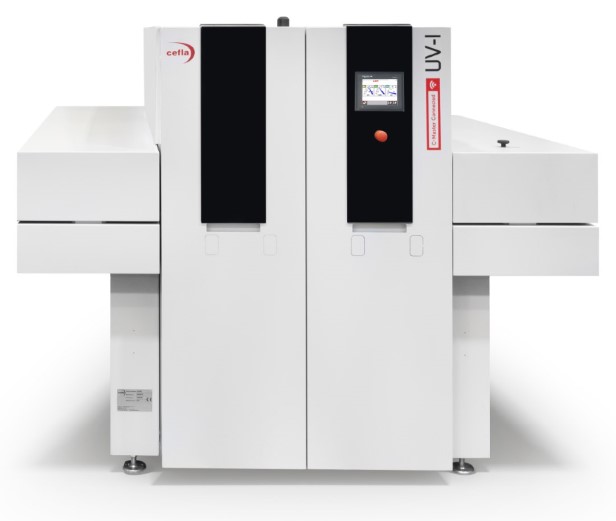 The extent of the benefits improves coating quality

Replacing oxygen with an inert gas such as nitrogen cuts the quantity of photoinitiators required by 40-70%. This impacts costs, but the technology used in Cefla Finishing’s new oven also leads to more benefits that ultimately improve coating performance.

It is possible to coat panels with thinner layers, reducing lacquer consumption. Whereas the crosslinking effect was better through layers nearest the panel surface rather than those exposed to the elements with traditional ovens, the performance achieved in an atmosphere that counteracts the inhibitory effect of oxygen is no less than that found throughout the coating.

Cefla Finishing, a global leader in the coating, decoration and digital printing of wood and its derivatives, designs and builds tailor-made "turnkey" production lines, mainly for the wooden product manufacturing industry. The expertise gained from years of experience on the market and advanced know-how have also made Cefla Finishing a pivotal, cutting-edge provider of technology to the glass, plastic, fibre cement, composite materials and metal finishing industries.