Frankfurt am Main, 01 December 2021 – Holding it all together: Clamping technology grips tools and workpieces securely during machining. However, Industry 4.0 poses a new challenge for clamping technology manufacturers. Using robust, integrated sensor technology, they must now refine their products into cyber-physical production resources that can network with production systems. At METAV 2022 from March 8 to 11 in Düsseldorf, exhibitors will be showing how to exploit the potential of digitalization with smart, electronic clamping technology.

Prof. Berend Denkena, head of the Institute of Production Engineering and Machine Tools (IFW) at Leibniz University Hannover and spokesman of the Executive Committee of the WGP (German Academic Association for Production Technology) is already working successfully with cyber-physical clamping systems. In the joint TensorMill project, his institute has developed the world's first clamping system for intelligent networked manufacturing for the efficient and reliable production of integral safety-relevant components. A further aim of Denkena in contributing to research projects of this kind is to encourage the workholding industry to invest heavily in digitalization. 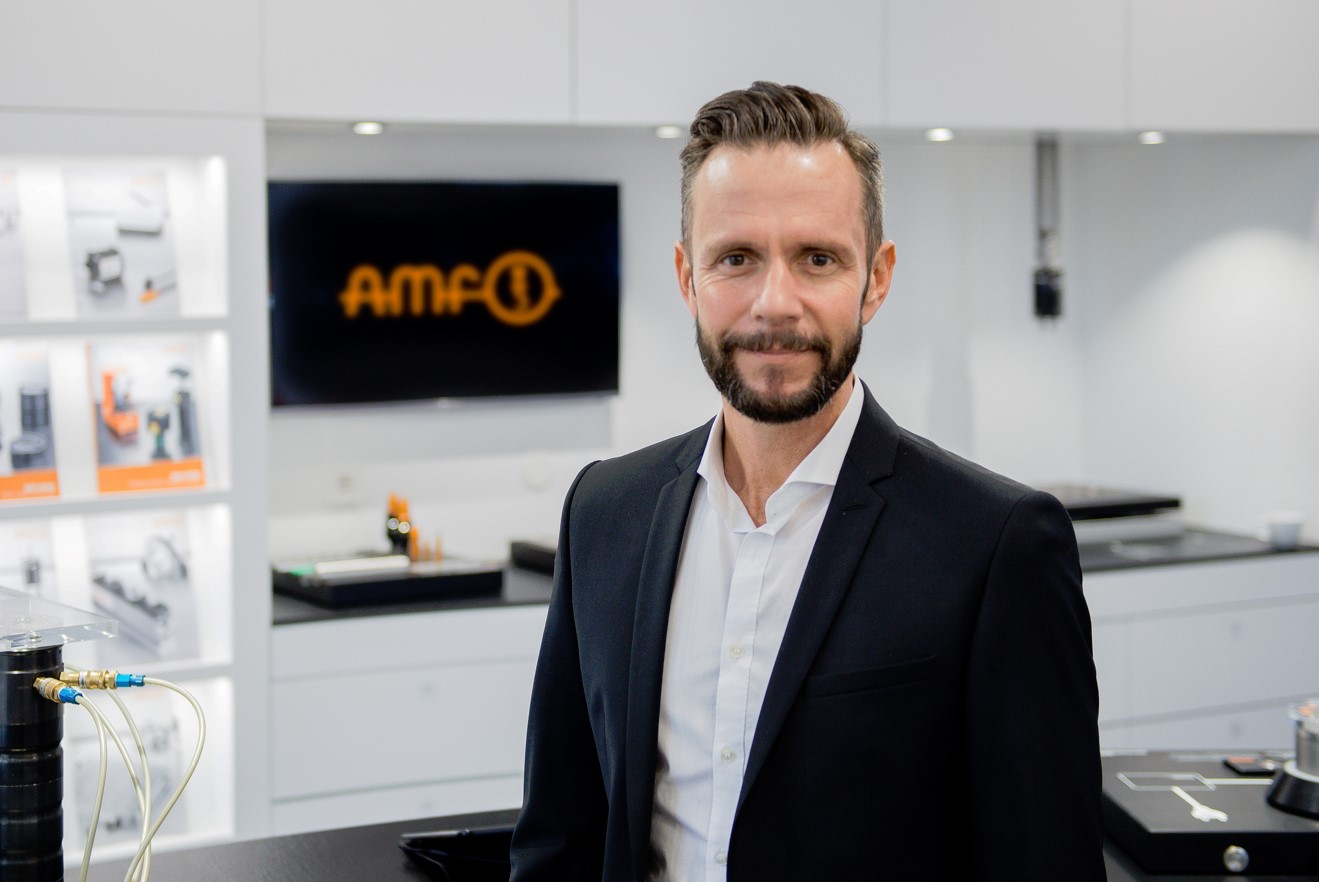 Manuel Nau, Sales Manager at Andreas Maier GmbH & Co. KG (AMF), Fellbach, points out the advantages of wireless sensor technology: "We want to know what is happening in the clamping system and to automate the process.” Photo: AMF

But is the message getting through to the sector? Andreas Maier GmbH & Co. KG (AMF), based in Fellbach in Germany, has been using wireless technology in clamping technology since 2018. AMF Sales Manager Manuel Nau: "We want to know what is happening in the clamping system and to automate the process.” The interaction of wireless sensors and signal transmission provides the basis for fully autonomous, unmanned shifts. Their success or failure stands and falls with the seamless monitoring of all key machine elements such as the clamping technology.

Parameters that were not available in the past
AMF’s primary intention in using wireless technology is not to replace wired systems. The focus, rather, is on obtaining parameters such as positions or machine statuses that that were not possible to retrieve before. This is where wireless transmission comes into its own, especially in machines where cables cannot be laid because of the rotating machine tables working inside them. 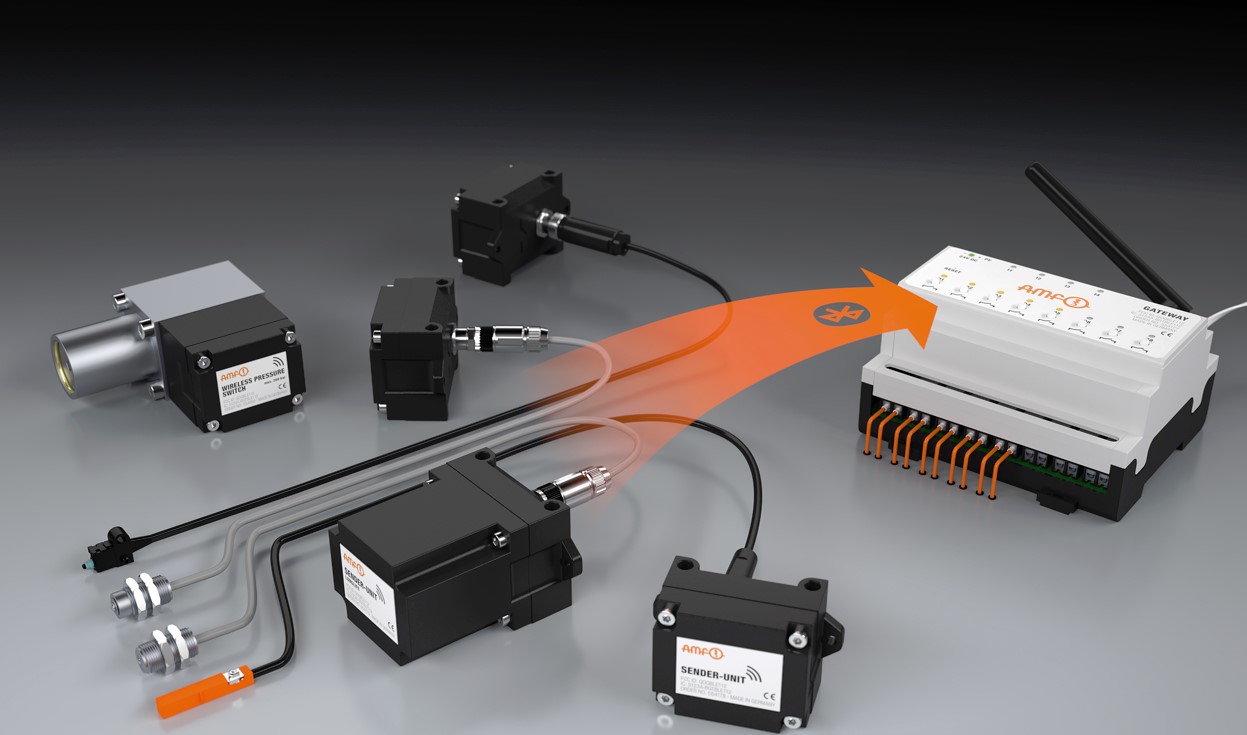 Wireless technology for clamping systems. The gateway (right) plays a major role. It receives wireless signals from sensors and microswitches. It monitors and visualizes them before forwarding them to the machine controller or tablets. Photo: AMF

The set – consisting of gateway, transmitter units and microswitches as well as WLAN router and other accessories – transmits positions via wireless, interference-free and energy-saving Bluetooth to the machine control or to tablets. The Fellbach-based company made a conscious decision to use Bluetooth Low Energy 4.0 because this requires very little energy. The batteries then only need to be replaced every 1.5 to five years. The gateway serves as the interface which receives and visualizes wireless signals before forwarding them to the machine controller or tablets. The transmission range is at least ten meters, although this can be increased by means of antenna extensions. 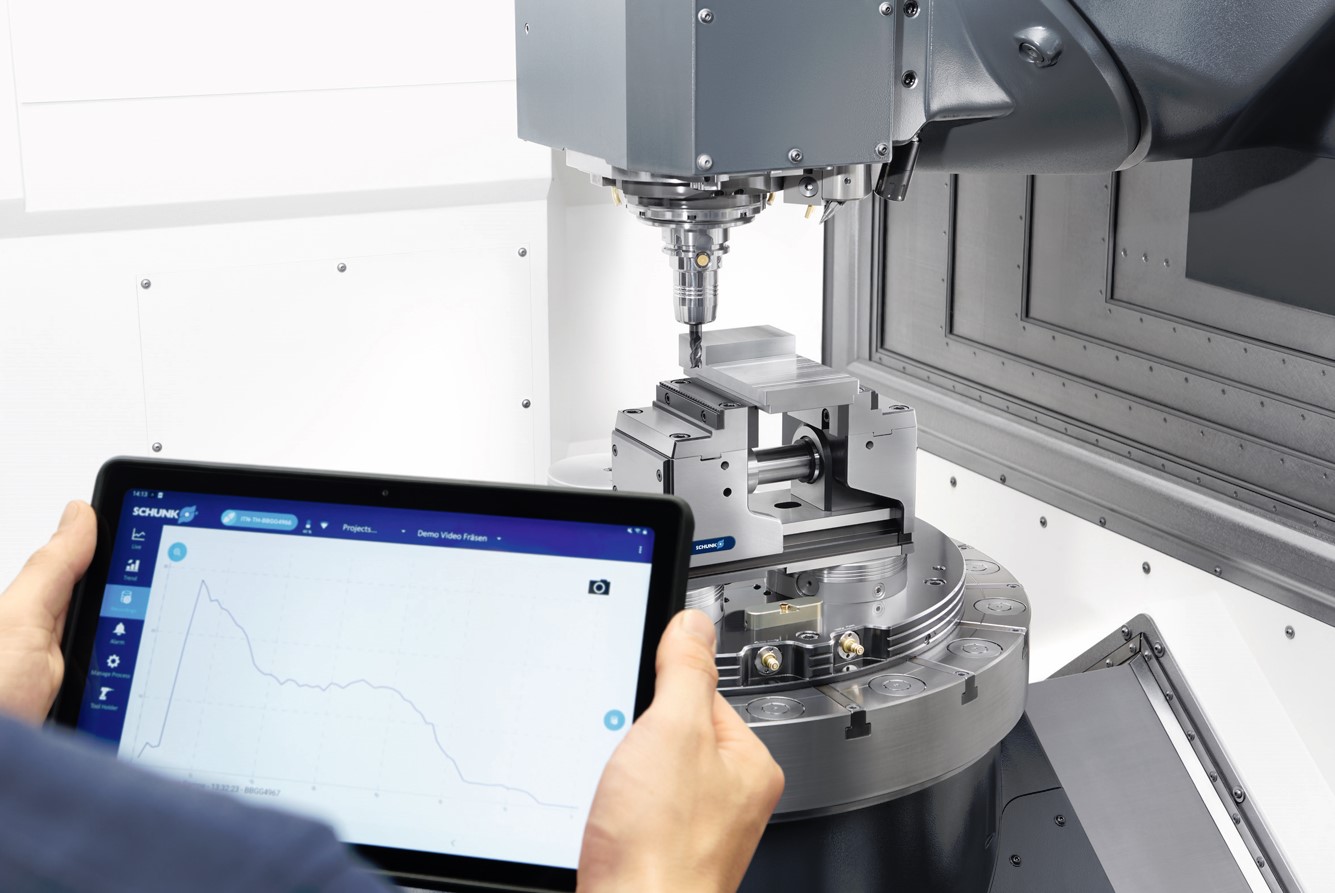 The Fellbach-based company attaches great importance to versatile applications. If offers a wide range of products: special wireless sensors can determine the positions of robot grippers or of workpieces, detect the closing positions of clamping systems and allow pressure monitoring of hydraulic clamping technology. As Sales Manager Nau explains, these are just some of the smart products that AMF will be showing at METAV. 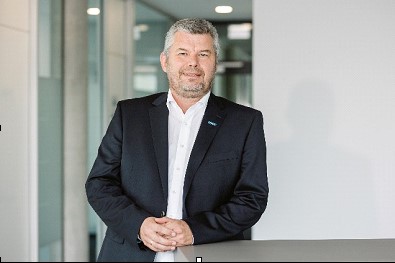 Schunk GmbH & Co. KG from Lauffen/Neckar also focuses on the interaction between high-precision holding forces, wireless and sensor technology.  In 2018, Schunk presented a smart hydraulic expansion toolholder which it claims is the world's first intelligent model that monitors the cutting process on the tool itself and enables real-time control of the cutting parameters. This was developed jointly with TU Wien and the Vienna-based company Tool IT GmbH. It exploits the potential of integrated, toolholder-based process monitoring, i.e. focusing on the point at which the chips are produced. Its sensor system detects the tool's vibrations and oscillations in real time. The system has already proven its worth in reliable milling, countersinking and micro-chipping processes.

Prolonged milling thanks to process monitoring

Now Schunk is taking the next step by launching a new version. The completely redesigned toolholder can respond to multiple forms of deviation in the cutting process. The closed control loop means that if chatter marks appear, if a tool is about to break or if the condition of the tool cutting edge changes, the toolholder – equipped with sensor, battery and transmitter unit – can respond in real time, potentially preventing any damage caused by tool breakage immediately.

Like its predecessor, the intelligent system transmits the data wirelessly to a receiver unit in the machine room and from there by cable to a control and evaluation unit where the data is analyzed. "The tool clamping device is electronic and smart," says an enthusiastic Jochen Ehmer, Executive Vice President Clamping Technology at Schunk. "It therefore makes an important contribution to sustainable manufacturing by eliminating scrap and waste."

However, the smart system only reveals its full potential when interacting with the digital production network. "High-precision machining processes can be reliably monitored and controlled if the smart system is integrated into higher-level systems, such as Manufacturing Execution Systems (MESs) and machine controllers," explains Ehmer. "However, this is dependent on the system being able to operate with great precision and reliability – even at higher speeds. This is the only way to detect if the vibration limits are being exceeded – even by a tiny margin." For this reason, Schunk has now designed the toolholder for a maximum speed of 30,000 revolutions per minute.

At METAV 2022, interested parties will be able to pick up information not only on the new applications of the revised toolholder, but also about other innovations that will not be appearing until spring 2022. According to Schunk, one such specialized variant includes a data interface that simultaneously monitors processes and machines, while another can even control processes in real time thanks to full machine integration.

As the institutional patron of METAV 2022, VDMA Precision Tools will again have its own joint stand from March 8 to 11 in Düsseldorf.