Eumabois General Assembly 2021.A successful restart despite the Corona pandemic

After substituting the onsite event with Eumabois first “Digital General Assembly” in 2020, the delegates and board members gathered again in presence in Vienna, hosted by the Austrian association FMTI, together with Eumabois president, Jürgen Köppel and the vice president, Luigi De Vito. 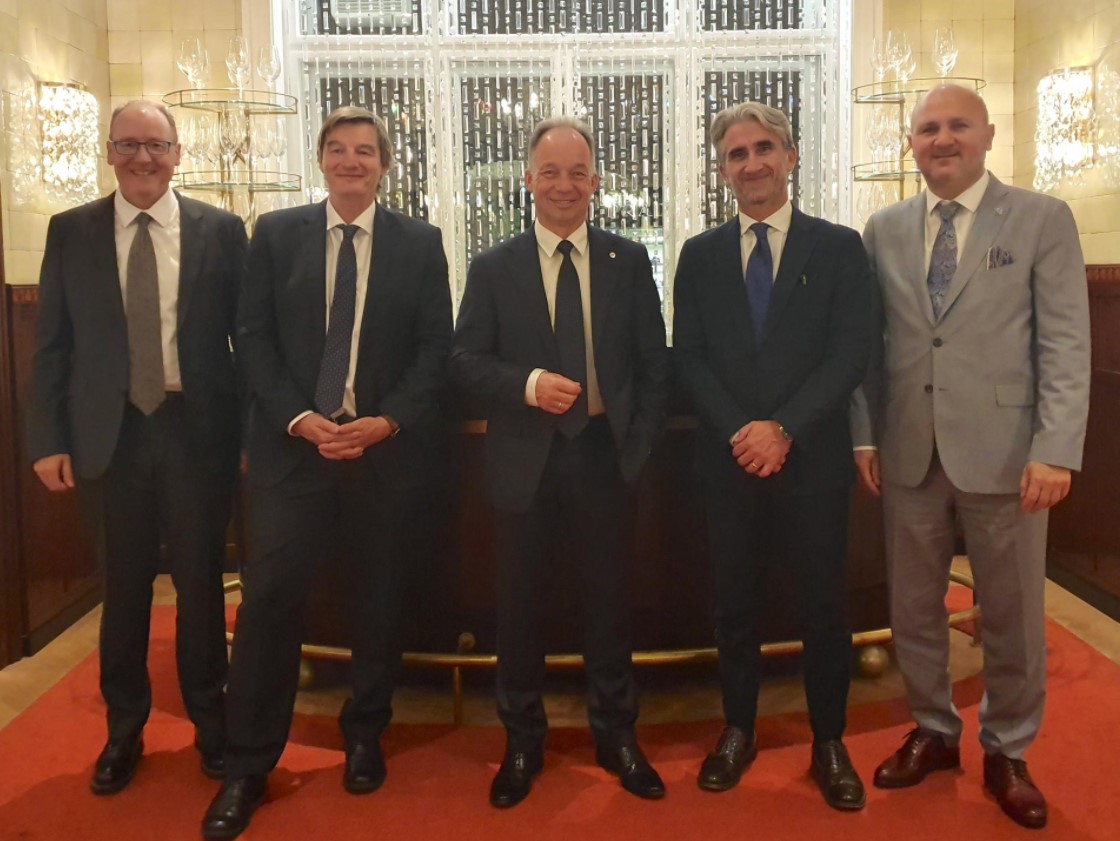 The opening topic was the general outlook on the woodworking industry which has been showing a rapid and very positive recovery. The figures, despite the fact that also the woodworking industry suffers from high material costs and lack of raw material, indicate a sustained growth rate in the mid-term. The global demand remains high, as evidence of the good resilience of the sector in response to the crisis triggered by the Corona virus. Mega-trends such as digitalization and industrial automation, as well as a growing demand for home furniture and kitchens, stimulated by travel restrictions and the cocooning effect, are driving the woodworking industry, too.

Looking at the Eumabois Exhibition Network 2021, most of the shows have been canceled. On the other hand, a full calendar of trade fairs is planned for 2022 with two top exhibitions events: HolzHandwerk in Nuremberg in March and Xylexpo in Milan with a new date in October. The positive signals coming from the exhibition sector are an important step towards the normality confirming the value and relevance of face-to-face events.

The meeting in Vienna was also used to officially launch the new Eumabois website with completely renewed and modern graphics. There were also important news on the technical projects side.: OPCUA (Open Platform Communication Unified Architecture) got the marketing name “IZY”, which has been officially presented to the market during LIGNA.Innovation Network on September 27th, 2021.

At the end of the Assembly, the president Jürgen Köppel expressed his sincere thanks to the hosting association FMTI and to all the present national associations, stating: “…I firmly believe that one of the key pillars for the growth of our industry is our joint European approach.”

The next Eumabois General Assembly will be held on 22nd-23rd of September 2022 in the city of Krakow, Poland.