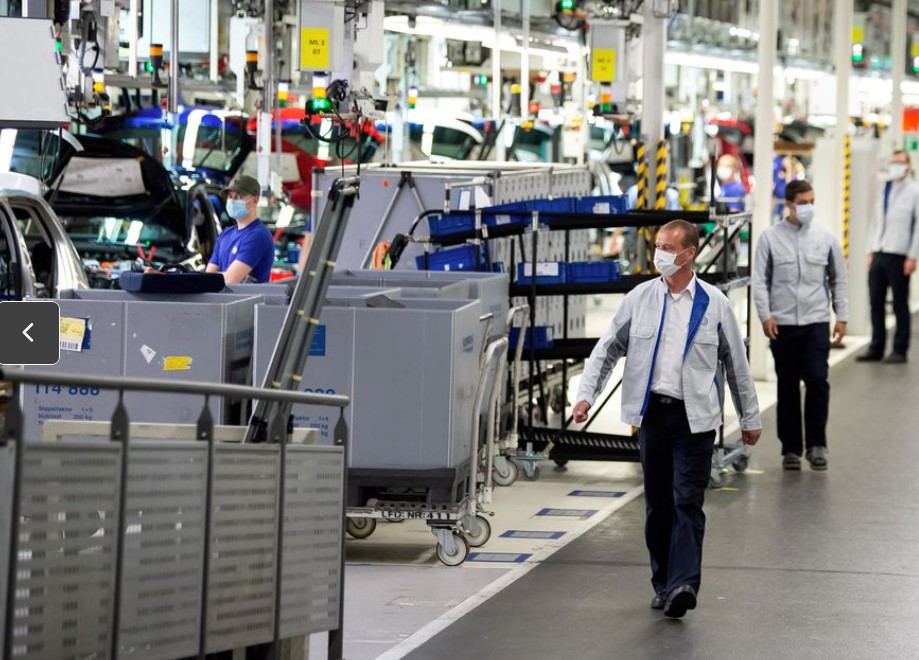 The Federal Statistics Office said industrial output dropped by 1.3% on the month after a downwardly revised decline of 0.8% in May. A Reuters poll had pointed to a rise of 0.5%.

The fall was driven by a drop in the production of capital goods, such as machinery and vehicles, which fell 2.9%, the data showed. Consumer goods output continued to grow, rising by 3.4%.

Industrial production fell by 0.6% in the quarter ending in June compared to the previous quarter, with the automotive industry reporting a drop of 11.2%.

In addition to timber shortage impacting the construction industry, the economy ministry said the drop was due to semiconductor supply bottlenecks.

"The eagerly awaited semiconductors in Europe will continue to be a long time coming," said Thomas Gitzel, an economist at VP bank said.

Earlier on Friday, an Ifo economic institute survey showed that German industry cut its production outlook in June due to the supply issues.

But the ministry and analysts remained cautiously optimistic about the overall outlook due to high demand and strong exports.

"If the flow of material starts up again, industrial production will be able to wipe out its gap," Gitzel said.