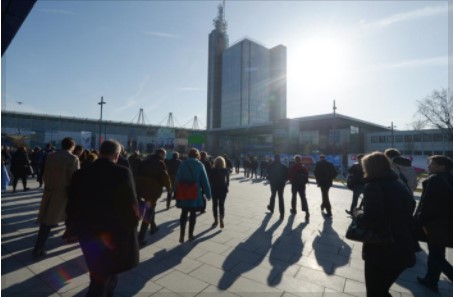 Portugal – Partner Country of HANNOVER MESSE 2022 - strives for a key role in the usage of green hydrogen, contributing to a genuine international hydrogen market, by bringing together the optimal combination of abundant natural resources, solar and wind, an industrial backbone and a strategic geographic location that export to the main consumption hubs in Europe. Portugal was the first country in the world to commit to carbon neutrality by 2050 and, according to a recent GTAI (Germany Trade & Invest) report, 1.5 to 2 percent of domestic final energy consumption will be covered by hydrogen in 2030.

The environmental sustainability challenges facing the world call for joint action, with new solutions to tackle climate and energy transitions and raising opportunities along the way. Accelerating the energy transition and the decarbonization of the economy in the next decade means that we must invest in the production and incorporation of renewable gases, especially green hydrogen, but also in green ammonia and methanol, promoting a rapid substitution of fossil fuels..

The main goal of the Hydrogen Strategy, approved in 2020 by the Portuguese government, is to introduce an element of incentive and stability in the energy sector, promoting the gradual introduction of hydrogen as a sustainable and integrated pillar in a broader strategy of transition to a decarbonised economy.

The Portuguese government promotes an industrial policy around green hydrogen, based on the definition of a set of public policies that guide, coordinate, and mobilize public and private investments in projects in the areas of production, storage, transport, and consumption of renewable gases.

Portugal bets on photovoltaic energy for power generation because electricity is self-generated, which plays an important role in the economic viability of hydrogen projects. In the first steps, the projects will need to be subsidized because the basic structures must be set up and, so far, green hydrogen is not yet competitive with natural gas-based electricity.

Cluster in Sines to become the hub

According to the Portuguese government, the port of Sines is set to become the hub for green hydrogen in the country, boasting electrolyzing capacity of 2.5 GW by 2030, and 265 MW in 2025. The project will be immune to fluctuating energy prices by relying on photovoltaic electricity delivered at fixed tariffs. Part of the hydrogen produced will flow through the country's modern and extensive natural gas grid. On average, the 19,000 kilometers of pipelines are less than 15 years old, almost entirely in polyethylene, which is particularly well suited for hydrogen transport. With the National Hydrogen Plan approved in May 2020, the government underlined the importance of hydrogen for the strategy of energy transition and environmental sustainability, at the same time creating opportunities for economic development that imply boosting and valuing locally industry and science and technology.

Targets set for transport and industry

In the transport sector, between 50 and 100 hydrogen filling stations are planned by 2030, with the heavy load transport subsector being a specific target group for this new type of clean fuel.

The government and project experts estimate that hydrogen will contribute to the decarbonisation of heavy goods transport over longer distances, alongside electricity and biogas accounting for between 1 and 5 percent of predicted consumption.

In the case of industry, forecasts indicate that hydrogen will be responsible for 2 to 5 percent of energy consumption by 2030, particularly in the sectors of chemical manufacturers, mining companies, producers of glass, ceramics, and cement.HANNOVER MESSE 2022 emphasizes on-site participation. On the heels of the pandemic, exhibitors and visitors want to meet face-to-face, experience products and solutions in person, and network with the industrial community. Comprehensive digital presentation options extend the offer. “HANNOVER MESSE brings together the best of both worlds, enhancing the unique physical offering with innovative digital participation options. This makes HANNOVER MESSE even more valuable for participating exhibitors from all over the world, because they generate additional leads in the digital space,” explained Köckler.

Portugal is Partner Country at HANNOVER MESSE 2022. Under the motto “Portugal Makes Sense”, Portugal presents itself at the exhibition as well as in forums and seminars. The focus is on industrial supply, digital platforms and energy solutions – areas that offer many synergies between Portugal and Germany and generate potential for new partnerships.